CERB will be extended by 8 weeks

The first applicants who signed up in April are set to max out their payment period in early July, with worries some wouldn't have jobs to go back to and others unable to work due to health reasons.

We have already paid out $43.51 billion as of June 4 which carries a budget of $60 billion and this extension, from 16 to 28 weeks through to January 2021, will cost about $57.9 billion.Extending the CERB has been a demand from the New Democrats in exchange for the party's support for the minority Liberals in an upcoming confidence vote. 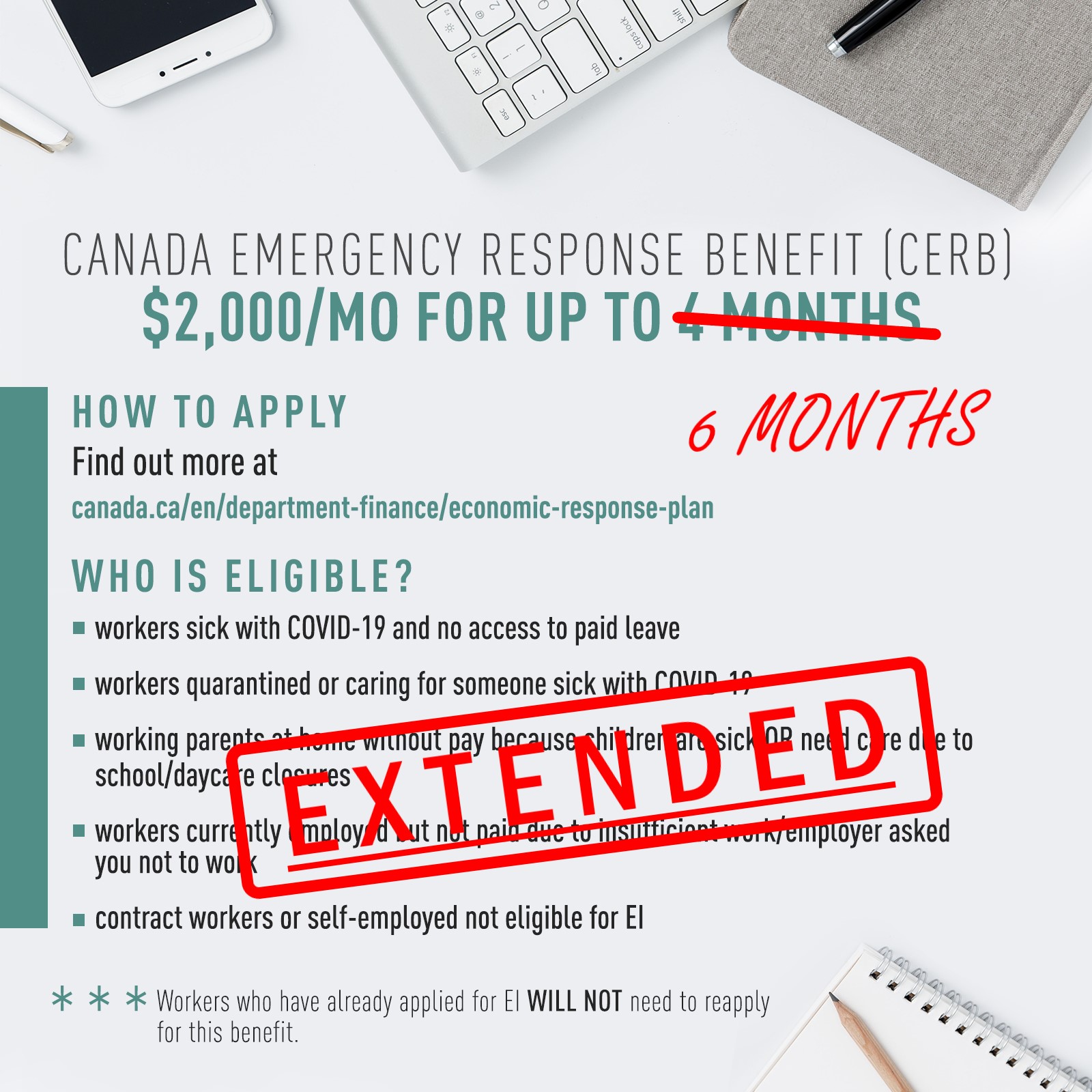 While these supplementary estimates include a significant amount of the spending announced by the government in response to the global pandemic, it does not include all of the planned spending,'' Giroux writes. `Thus, it does not provide parliamentarians with a complete picture of how much the government will spend on COVID-19 response measures.''

Giroux warns it will be difficult to get answers about the estimates from federal officials because MPs will only debate the estimates for four hours under a deal agreed to last month by a majority of MPs.

The Conservatives and Bloc Quebecois have been demanding more transparency from the government around its spending and fiscal projections.

Despite mounting pressure from business interests and border communities, however, Trudeau is offering no clues about how the border restrictions will be eased when the time finally comes.

The 30-day restrictions were first imposed in March in the face of the threat of the COVID-19 pandemic, and have now been extended three times.

While the measures prohibit discretionary travel like vacations and shopping trips, essential workers, trade shipments and temporary foreign workers are still allowed to cross the border.

Communities near the Canada-U.S. border that depend on a steady flow of traffic and the ability to move between the two countries have been growing impatient as provinces and states alike continue to gradually restart their economies.

I hope you found this information helpful.  If you have any questions on this or anything else please don't hesitate to contact my office at 604-466-2761 or email me at [email protected]